Working ‘for’ and ‘on’ public health 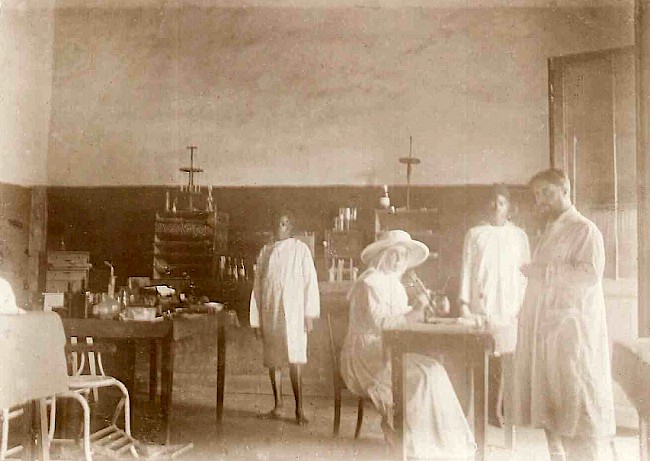 As good social scientists, we eschew ideologies, reject biases, and do not interfere with our subject matter. Of course, this is false. Innumerable studies of both science and the humanities have shown how the researcher is always interposed in his or her results. However, we try. Objectivity, if not completely achievable, is still highly desirable. Yet in my work as historian of medicine and as public health practitioner, I find that objectivity itself takes different forms in different fields of practice. Considerable tension exists regarding how to know and how to intervene.

In reading François Delaporte’s 2013 book Figures of Medicine recently, I realized there is a parallel debate in his chapter, ‘The Face Transplant’. In this essay, Delaporte rails against bioethicists who opposed French doctors’ efforts to pioneer a face transplant in November 2005. His critique against bioethicists is multifold, but one aspect that struck me is the conflict he sees between kinds of knowledge and action. Delaporte (2013, 73) argues, in part, that bioethicists:

believe they are in a position to prescribe the rules of good medical conduct because, thanks to the collaboration of specialists of different backgrounds (philosophy, law, psychology, sociology, anthropology), they have an overall perspective on the situation. Compared to this, a medical team cannot but be ignorant of the magnitude of the problems. Its subject is not really the social human being, nor the juristic person, nor the human person but the patient.

Bioethicists decry this reduction, but Delaporte maintains that we must view the person as patient to address the basis of human suffering. While bioethicists sink further into ‘dogmatic slumber’, physicians’ actions are ‘rooted in knowledge of the real and in the culture of the act’ (Delaporte 2013, 85). Could not the same argument be made of academics and their critiques of public health practice?

A few years ago I made two moves that altered how and why I do research. I began my academic career as a historian of medicine, in close dialogue with science studies and anthropology, and then extended my disciplinary scope to include public health practice. More recently, I switched my area of focus from colonial Southeast Asia to Africa and what is now the Democratic Republic of Congo. I imagined that I could, and indeed must, draw upon my training in the history of medicine to enrich my public health practice and vice versa – wearing two hats at once, so to speak. I was wrong.

When I undertook an MPH after my PhD, I had a rather grandiose idea that I would fruitfully combine public health praxis with a sophisticated epistemological understanding of this praxis: doing public health, guided by historical, anthropological, and sociological insight. My fellow students had an impressive mix of talents and accomplishments, but my MPH year was not academically challenging. In fact, I have never been so intellectually frustrated. In one of my earliest courses, the instructor gave an introductory lecture on development. During her Powerpoint presentation, she flashed several standard, World Bank-approved definitions of development, most involving improving health and education indicators, poverty levels, etc. The last definition she projected was different, something to the effect of: ‘Developmentis the process whereby Western nations dictate an ideal of economics, education, and cultural values on poorer nations’. The entire class erupted in laughter at such apparent absurdity. The discussion that followed revealed the deep disdain that my fellow students held for what they viewed as the irrelevant and absurd philosophizing of academics. I was silent, stunned by this reaction.

Such incidents, where I experienced a deep disconnect between my own and others’ understandings of public health practice, were numerous. Months later I was speaking with an accomplished colleague about our anti-sex trafficking work in South Asia. I noted that the organization we supported was not more effective than other NGOs and, indeed, almost entirely staffed by one family – a ‘staff’ well paid by international aid money that we helped to get them. Was our intervention a good thing? This colleague responded, with exasperation, ‘It’s better than doing nothing!’ Doing something is everything in public health.

In a framework where ‘doing something’ is everything, cultural specificity devolves into behaviors and beliefs of others that prevent ‘uptake’ of desired interventions. Anthropologists who work in public health may hope that their careful studies will support projects to maintain the fabric of local societies while improving people’s lives. But too often culturally adapted interventions consider local beliefs only to the extent that these beliefs can be instrumentalized to improve desired outcomes. Cultural coherence is not a valid public health outcome. Public health’s own cultures – perhaps, following Delaporte, its ‘cultures of the act’ – are outside of this instrumentalized logic.

Public health practice is premised on improving a health problem, thus changing a situation. Action frames its purpose. Objective distance, cultural respect, political neutrality, contextual knowledge – all such ideals are secondary at best and indeed can hinder its main goals. Many in public health would argue that it is better to mourn the loss of a cultural practice than to mourn the deaths of thousands of infants. A historian can argue that poorly informed interference damages sociocultural systems necessary for good health on an individual and community level, leading to many more such deaths further on. Of course, it is not an either/or situation, but too often academics and aid workers offhandedly dismiss the other’s perspective.

Last summer, while working with the operational research team at Médecins san Frontières (MSF), I helped write up one article assessing health care provisioning for sexual violence in different emergency contexts in the Democratic Republic of Congo, and a second article assessing short-term fistula repair campaigns in the same region. At that time, I was also beginning background research for a historical study on anatomical representation and uses of the human body in this same territory, when it was the Belgian Congo (1908–1960). How do these projects relate, for me? The literature did not overlap in the slightest. My opprobrium against certain colonial medical researchers continues, even as I read of the extremely heavy burden of parasitism and epidemic disease on the indigenous population. Yet I have sympathy for the struggle of colonial doctors who, with few resources, found themselves responsible for providing healthcare for hundreds or thousands of people. Their first goal was not deep understanding, but emergency assistance. At the same time, the background research that I did to frame the work of the MSF team may have been more helpful before the project started than as context for an analysis of the final results. But perhaps not. And again, any knowledge would have been instrumentalized, if possible, to improve outcomes.

What we (academics) do can help what we (public health practitioners) do, but too often what academics do offers no solution to public health’s underlying goal: alleviating the suffering of human beings. The concerns of one are epistemological, the other practical. What academics do illuminates the context of public health programs and can encourage solutions of a more durable or culturally acceptable manner, but we are often far afield from the ‘culture of the act’. The contact zone is limited, and the question of how to fruitfully co-mingle them for both ‘positive outcomes’ and ‘deeper understanding’, is, as the French say, pas evident. For now, I wear one hat at a time.

Sokhieng Au is a Pegasus Marie Curie FWO fellow at KU Leuven, Belgium, where she is working on the history of anatomy and medicine in the Belgian Congo. She obtained a PhD in history from the University of California, Berkeley, and an MPH from Johns Hopkins University, Bloomberg School of Public Health. She has published both historical and public health operational research studies, including the book Mixed Medicines: Health and Culture in French Colonial Cambodia (University of Chicago Press, 2011).