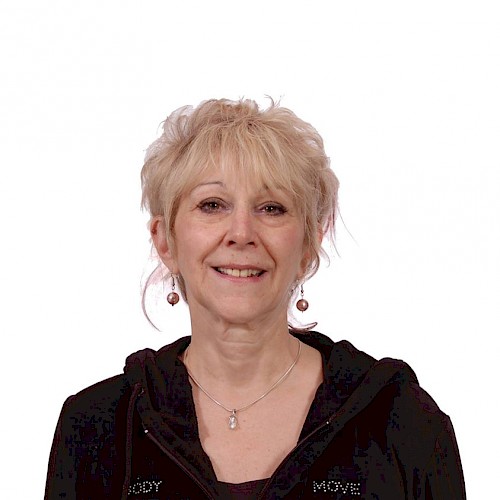 Deanna Trakas was an American medical anthropologist who worked most of her academic life in Greece, from where her father as a young man had migrated to the United States in search of a better life. She was well known among the early members of the Medical Anthropology Unit at the University of Amsterdam, as she attended several of our conferences and symposia and gave guest lectures on reproductive anthropology, pregnancy and birth, and medical technology. She contributed three articles to the journal Medische Antropologie, the predecessor of Medicine Anthropology Theory (MAT)and was guest editor of a 2008 special issue on ‘Care and Health Care’.

Working as an enthusiastic and helpful colleague, she became a friend to several of us, including me. I had frequent email contact with her about her work in Greece but also about her personal life, past and present. In 2014, together with her PhD student Giorgos Kostakiotis, she wrote a ‘think piece’ for MAT on the sorry state of Greek health care during the financial crisis. She highlighted corruption and informal/illegal practices by doctors and other health professionals trying to survive the crisis. Her descriptions reminded me of Cameroon, where I had done fieldwork on the distribution and use of pharmaceuticals, and where corruption (as we call it) was a way of life.

In 2009 she retired as professor of Social Anthropology and History but kept on teaching and supervising students. Around 2016 she stopped responding to my emails. I assumed it had to do with her retirement and her planned move back to the United States. When the silence persisted I started to look for her on the internet and in February of 2019 I found a message of her death and a registry for condolences. I managed to contact her son and her partner and learned that she passed away quite unexpectedly on 5 December 2016, more than two years ago. Memorial services had been organized, both in Ann Arbor, Michigan, where she had been living and in Greece, but nowhere in the anthropological press – print or digital – did I find a trace of acknowledgment of her death or her contribution to anthropology. I hope that this explains the long delay of this obituary, in which I pay special attention to what she meant to me and my colleagues at the University of Amsterdam.

Deanna Trakas completed her master’s degree (1975) and PhD (1981) at the Department of Anthropology at Michigan State University in East Lansing. Between 1971 and 1975 she taught there, before spending three years in Greece doing research for her doctoral dissertation, entitled ‘Favism and G6PD Deficiency in Rhodes: The Interaction of Heredity, Environment and Culture’. Between 1978 and 1990 she worked in Athens at the Institute of Child Health and the Athens School of Obstetrics. From 1990 to 1997, she was director of the Department of Health Anthropology at the Institute of Child Health, which she combined with teaching in the Department of Social Anthropology and History at the University of the Aegean on the island of Lesvos (Lesbos). She participated in the World Health Organization’s Working Group on the Assessment of Childhood Care and Technology (1983–1985), was National Coordinator of the European Program for Birth Management (1985–1987), and served as program manager for four European Coordinated Actions on Interdisciplinary and Qualitative Research on the Use of Medicines (1988–2000). In 1998 she moved to Lesvos, as an assistant professor with the Faculty of Social Anthropology and Social History, and was professor there from 2007 til her retirement in 2009. In her retirement she continued offering courses in the postgraduate study programs of the department and supervised PhD theses until the fall of 2015, when she moved to Ann Arbor in Michigan.

Deanna Trakas introduced the field of medical anthropology to Greece. She carefully oversaw its establishment and dissemination through her own research and the research of the doctoral candidates she supervised. She was most outspoken about the neglected voice of children in medical anthropology research. Her publications on children increasingly focused on children’s emic perspectives, a drastic move away from the ‘adultist’ perspective that observed and muted children. Prior research used to produce knowledge about children had relied mostly on non-children: parents, particularly mothers, and teachers, care givers, and social scientists themselves (Hardman 1973). Other early advocates to adopt the child’s emic experience include Ria Reis, from our medical anthropology research group in Amsterdam.

Another connection with Amsterdam was Deanna Trakas’s work on children’s utilization and views of medications. Anita Hardon and I had been working on an anthropology of pharmaceuticals and were excited by Trakas’s contribution bringing in children as medicine users with their own specific ideas and understandings. She was the program coordinator of the ten-year-long EU-funded ASPRO grant, which brought together researchers throughout Europe to investigate the increase in childhood asthma in Europe. She also worked closely with clinical pharmacologist Emilio Santz from the University of La Laguna in Tenerife. It was through those efforts that many of us came to know her as friend and colleague. Other areas she studied included reproductive health (in cooperation with the Athens School of Obstetrics) and qualitative research methods such as focus group discussions with children.

She also enjoyed exploring other fields, as can be seen in her contributions to Medische Antropologie. In her 2008 paper on end-of-life care, she drew a moving portrait of her own parents on their final journey to death and the loving care they received in a hospital and a hospice. In her concluding lines, she calls that journey ‘an act of love’. In 2009 she published a text about the beauty of the pregnant body, and in 2010 she coauthored an article with Athena McLean about the challenges and constraints that primary care givers encounter when they assume the responsibility of care for their elderly parents or other relatives. That article too has a strong autobiographical leaning, reminding us of a life full of spirit, love, and adventure that ended too early. We miss her joyful presence and creative approach to medical anthropology.