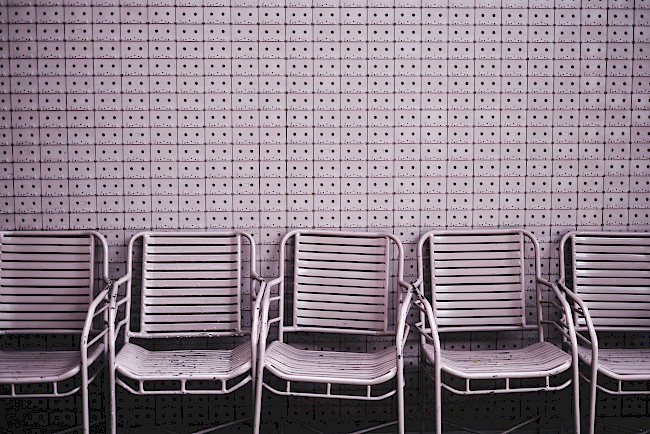 Photo by Justin Lim on Unsplash

I felt a bit like an undercover detective (though I was not), wriggling about on the plastic chair, pricking up my ears. Here, in the transplant clinic’s waiting room, amidst the chit-chatting about waiting times, health conditions, and family life, I hoped things would begin to unfold. I had expected a murmur of voices, interrupted only by nurses and doctors calling patients in and the confidential whispering of more intimate details. In these whispers, I had anticipated rumours, stories of people travelling abroad for a transplant. But it stayed damn quiet.

The concept of transplantation is based on the movement of one body part to another. Accordingly, much has been written in anthropology on movingorgans, bodies, and body parts for transplantation (for overviews see Ikels 2013; Kierans 2011). Whereas most of these anthropological accounts focus on kidneys, I was interested in the liver, an organ that has not yet gained much attention within the discipline. In this essay, I reflect on how my research interest shifted over the course of my fieldwork, how I had to depart from the initial plan because the phenomenon I had come to explore was so rare that my chances of finding it were almost nonexistent.

As part of the research project Intimate Uncertainties: Precarious Life and Moral Economy across European Borders, funded by the Swiss National Science Foundation, I was eager to shed light on the movements and experiences of people looking for an organ abroad, a way to prolong their lives by, according to German law, illegal means. My colleagues and I were interested in people who – facing existential crises – crossed borders in their quest for their very personal imagination of a ‘better life’ (Strasser and Piart forthcoming). Whereas my colleagues went to the far reaches of Europe – one to southern Spain, the other to Ukraine – my fieldwork was located right in the middle, in Germany. Making my way through transplant clinics, patient association meetings, and medical conferences, I looked for hints confirming my assumption that patients in need of a liver transplant got drawn into cross-border movements.

I had started fieldwork certain that people in Germany would, of course, go abroad for a liver transplant. They had to, as there were not enough organs available through the regular, legal, national transplant system. One in three patients were dying whilst waiting for an organ in Germany, according to the national agency that coordinates organ donations (DSO 2018) – despite its being part of the international network Eurotransplant that ‘pools’ available organs.

I was sure that, just as some people rely on transnational networks for kidney transplants, those with a life-threatening liver condition would do the same. As I saw it, they had an even more pressing incentive to ‘take matters into their own hands’, because if they didn’t get a liver in time, they would die. Undoubtedly, some would look for alternative routes and try to get a transplant abroad, despite the illegality. Or so I thought.

Ironically, while I was expecting organs and patients in need of transplants to be moving, it was actually me that moved around, travelling all across Germany for events and interviews. I mingled with transplant professionals at medical conferences, took part at meetings of patients’ associations, sat in hospital waiting rooms, hung out in nurses’ offices, researched online, and, still, found no sign of what I had come to explore.

However, what stuck with me from my first encounter ‘in the field’, at a local meeting of a patients’ association, is the issue of waiting. I was struck by how important this time before transplantation seemed to be for patients, as they engaged in the impossible task of preparing for a life-changing event – transplantation – that may, or may not, ever come, and how this period seemed to have ramifications even decades afterwards. And whilst I continued looking for traces of transborder movements and relations, my interest in the mundane issue of waiting started to grow and grow.

At some point, I had to realize that international liver transplantation, outside of regulated networks, seems to be a relatively rare phenomenon not just in Germany but also beyond. One reason might be that transplanting livers requires significantly more infrastructure, expertise, and means than transplanting kidneys, making the procedure more difficult to set up. Furthermore, finding a suitable ‘match’ for potential recipients is also substantially more complicated. All these factors led, contrary to my expectations, to a situation in which people preferred to wait within the realm of their national health care system. Not going abroad but staying put.

As I began to look more closely at waiting as a social phenomenon and experience, I came to realize that it entailed more than simply being passive, slowing down, or ‘getting stuck’. I agree with Ghassan Hage (2009, 12), who states poignantly that, for anthropologists, ‘waiting is good to think with’. Waiting for a transplant is a political and moral issue: it involves criteria and regulatory practices to distribute limited resources among those in need, practices of triage, as I argue elsewhere (Rehsmann forthcoming). Waiting for a transplant involves technologies like waiting lists, which are based on an algorithm, and work as a ‘tool’ to make the allocation of donated organs as objective – and impersonal – as possible. Once people get on a waiting list, they find themselves in a temporal limbo, as their ‘being-on-the-list’ tends to make them existentially and spatially im/mobile (Rehsmann 2017). Patients do not know whether a donated organ – upon which their survival depends – will become available in time, and they must stay close to their clinic. This spatial closeness is not only necessary because they are traveling back and forth for medical tests and treatment but, moreover, because they have to be able to get there as quickly as possible in case an organ becomes available. In addition, getting onto the waiting list involves a technological mobility, as a patient’s ‘spot’ on the list moves up and down according to their physical condition. This physical condition, or ‘mortality risk’ to be more precise, is represented in the form of the model of end-stage liver disease (MELD) score, a number that is the outcome of an algorithm calculating medical values. Despite the fact that people are being informed about their MELD score, these fluctuating lists seem like a black box: neither the MELD score nor the time one has already been on the list allows conclusions regarding the duration of one’s remaining waiting time. What is more, the outcome of one’s waiting is not clear either, but rather remains opaque and uncertain.

My slight hunch that ‘waiting’ could be an interesting aspect to study got replaced by an enduring fascination with this multifaceted issue. A critical examination of waiting in the field of liver transplantation illustrates how waiting, which is often perceived as a passive state or something to endure, is actually a highly dynamic and contingent experience. ‘Thinking with waiting’, as suggested by Hage, leads us to understand that ‘waiting’ shapes, and is shaped by, politics, technologies, and moralities, exciting complexities for an issue that might at first appear dull. I am convinced that waiting is especially relevant in a world that seems to be driven by ideas of mobility, innovation, and improvement, especially when such investigations scrutinize dominant narratives of perpetual medical progress, and the seemingly endless treatment possibilities that continuously reproduce waiting bodies.

Julia Rehsmann is a PhD candidate at the Institute of Social Anthropology at the University of Bern. Currently, she is a visiting student at the Department of Public Health and Policy, at the University of Liverpool, supported by a mobility fellowship from the Swiss National Science Foundation. Her dissertation is an ethnographic inquiry of ‘waiting’ in the field of liver transplantation in Germany. In her thesis, she examines how waiting for this life-prolonging treatment is practiced, regulated, and experienced by medical staff, patients in need of transplantation, and transplant recipients. She explores ‘waiting for a liver’ as a political, moral, technological, spatial, and intimate phenomenon.