The moment of ‘Huh?’ 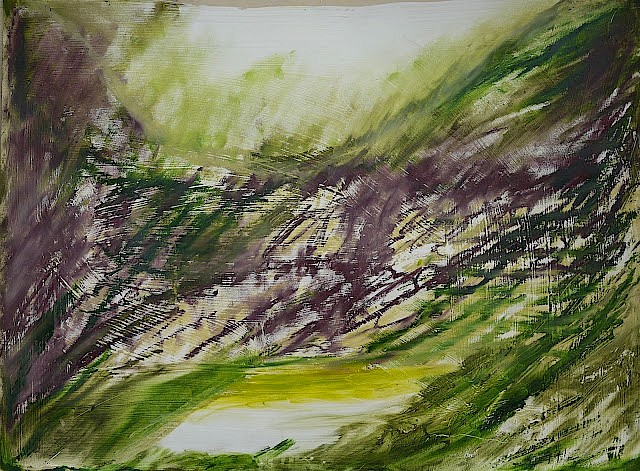 My dissertation research was shaped by my difficulty in letting go of an interaction I witnessed in the spring of 2012. My partner and I were having dinner with our friends, Alan and Joanne, when Alan made mention of a photograph from a cruise hanging in their basement. Joanne sharply asked, ‘What are you talking about? You’re talking about the picture of my dad? That’s not from the tour’. Alan replied, ‘No’, and started to explain. She jumped in, saying, ‘Oh, it reminded you of the picture?’ After he nodded, she corrected him about the picture’s location – at the top of the stairs, not in the basement.

Though the whole exchange took no more than a minute, my partner and I discussed it for most of the hour-long trip back home. We were both discomfited when Joanne snapped at Alan and then chided him about where the picture hung, and even more so because Alan was living with early-onset Alzheimer disease (AD) [note 1], having been diagnosed in 2009.[note 2] In my fieldnotes, I wrote, ‘In the end, who cares [where the picture was or whether it was from the tour]? What was gained in that moment? She could actually have used the moment to tell the story of the picture to [my partner] because it’s a cool story’.

If anything, I have ‘Huh?’ moments – moments that persist, prompted by my discomfort, curiosity, and ignorance.

As I thought about the conversation, talked it over with friends and colleagues, and wrote iterations of it in notes and memos and paper drafts, I kept returning to my own reaction. I became increasingly uncomfortable with the fact of my own discomfort, even though it was an altogether appropriate reaction within the paradigm of the ‘person-centered’ care model. The intensity of this new discomfort stemmed from the disjuncture between the model and, as Paul Brodwin (2013) has termed them, the ‘everyday ethics’ of person-centered care as it is employed in real-life care situations. Person-centered care, especially within the context of dementia, rests upon the inherent relationality of personhood (see, for example, Kitwood 1997). Overlooking the social nature of personhood results in its diminishment. Yet, in the context of a consumer-based healthcare system predicated on personal autonomy, ‘person-centered’ has been rendered ‘individual-centered’ (see Nolan 2004; Mol 2008). This reworking strips the model of its attention to the interdependencies of people and their personal and social histories.

My reaction indicated that I was seeing Alan and Joanne only as a person with AD and a family caregiver, a reading that seemed to privilege the support of and attention to Alan’s personhood (as a person with AD). Failing to fully historicize them as two people who had a forty-year relationship, I reduced their relationship to a synchronic slice, one that is constantly and ahistorically reproduced in these roles of caregiver and person with AD. The tenor of their exchanges before Alan’s diagnosis, what they looked like, and how that pattern worked for them, fell to the wayside. The way they joked, the moments of quiet care, their anger and sadness, and the texture of their lives outside that conversation all were left unaccounted for. Even that day’s events, which included the administrators from Alan’s day program calling Joanne and insisting that she come to pick him up before she was able to finish the household tasks and the errands on that day’s docket, didn’t figure in my reaction. I also neglected to consider the full complexity of Joanne as a person, in addition to seeing her both a spouse and a caregiver. As I initially saw her, Joanne couldn’t be angry because she was supposed to be caregiving in that moment.

Often in discussions of dementia care, a more complete personhood of the family caregiver is invoked, as caregivers are encouraged to ensure time for themselves, protect an identity beyond ‘caregiver’, and allow themselves to feel angry or guilty or sad (see, for example, Boss 2011; Mace and Rabins 2006). Yet, the moral weight of caregiving and imbalanced import of people’s personhoods often overshadows these voices. (Nowhere is this more evident than in the admonishment to ‘care for yourself so you can care for your loved one’.[note 3]) Within the refigured understanding of person-centered care, there was no place for these other considerations: all that could matter was the way Joanne diminished Alan’s personhood by calling out his changing memory. Such disenfranchisement, I hasten to stress, is important. The concatenation of those moments is precisely what engenders the social death of dementia, and they should elicit discomfort as we witness them. But they should also be examined within a fuller historical and social context, taking into account how narratives of Alzheimer disease and family caregiving in the US shape the moral imagination of families living with AD.

Contemplating this through many versions and revisions, it appeared to be related to another concern that had been in the back of my mind: anthropology’s engagement of people living with dementia and their family caregivers. In the mid-1980s, medical anthropologists and sociologists began levying a steady critique against the medicalization of senility, tracing the ways that it undermines the personhood of those living with dementia (see, for example, Cohen 1998; Gubrium 1986; Leibing and Cohen 2006; Lyman 1989). The scholarship of this ‘personhood turn’ (Cohen 2006; Leibing 2006) has had a strong impact, reorienting studies of dementia. As Janelle Taylor (2008, 315) so elegantly puts it, ‘When everyone keeps asking me [about her mother, who is living with dementia] “Does she recognize you?” I believe the question really is—or should be— “Do you, do we, recognize her? Do we grant her recognition?”’. This is, I believe, crucial work.

But in my dissertating process, I also have come to believe that work that focuses on the personhood of the person with dementia can, with slippery ease, occlude the personhood of those who interact with her: clinicians, care professionals, family members, and friends. In doing so, it threatens to reproduce the very individualizing trend – seen in person-centered care – that anthropology seeks to resist and critique.

Looking back on my dissertation research and writing, I don’t think of myself as someone who has ‘a-ha’ moments. If anything, I have ‘Huh?’ moments – moments that persist, prompted by my discomfort, curiosity, and ignorance. They sit in the corner of my mind, unformed and insistent, until I slowly begin to work them out through the often painful, occasionally giddy, and always drawn-out and interrupted process of writing. The exchange between Joanne and Alan that night is an example of that continuing nagging feeling. As I have worked through the moment and its subsequent analysis, its malleability has led me in multiple directions, from histories of Alzheimer disease and family caregiving, through considerations of the materiality of the home, to ideologies of the nuclear family, activity, and intimacy. Across this, my hope, of course, is that a larger field of ethnographic vision – one that includes both the person with dementia and those with whom she interacts – will provide a more nuanced portrait of life with dementia, one that can account for both Joanne’s and Alan’s myriad complexities beyond their caregiver and person-with-dementia roles, one with room enough for the social life of all persons involved.

Aaron Seaman is a doctoral candidate in the Department of Comparative Human Development at the University of Chicago. He currently is finishing his dissertation, which focuses on the relationship between family and medicine in the United States through an examination of families living with early-onset Alzheimer disease. His interests include social reproduction in the latter half of life; the relationship between the domestic and the medical; care and caregiving, especially as sociohistorically specific formations; and the role of place and placemaking in understandings of personhood. When not diligently writing, he likely is working on something as the In the Journals Editor at Somatosphere (somatosphere.net).

Dementia refers to the constellation of symptoms, including memory loss, that are drawn together (through clinical diagnosis) into a medicalized condition. Alzheimer disease is one type of dementia, the specification referring to what is thought to be the underlying pathology of the type. In this essay, I use ‘Alzheimer disease’, ‘AD’, ‘Alzheimer’s’, and ‘dementia’ interchangeably.

For my dissertation, I conducted fieldwork in the United States with people diagnosed with early-onset AD, their families, and the medical community with whom they interact.

‘The well-being of the person with dementia depends directly on your well-being. It is essential that you find ways to care for yourself so that you will not exhaust your own emotional and physical resources’ (Mace and Rabins 2006, 226, emphasis in original).